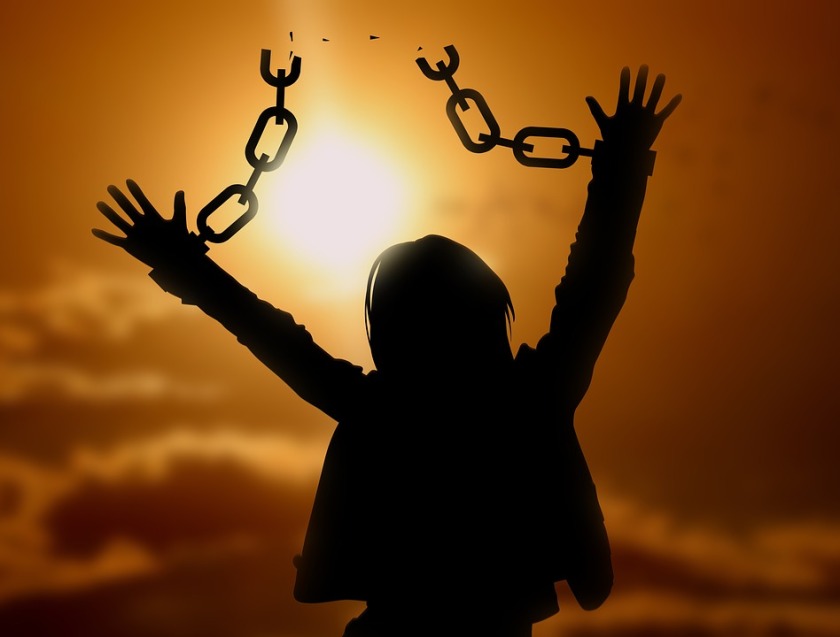 Do you think depression is a permanent part of you? Do you think you’re stuck with it for life?

Depression will remain with you as long as you allow it to remain. So stop identifying with it.

I know, that seems almost laughable. It’s over-simplified, “pie in the sky” wishful thinking, right? You’ve heard shit like that before, right? It’s never worked for you, right?

Wrong. Your depression isn’t some unique strain that’s impervious to treatment. Indeed, there’s nothing special about your depression at all.

But there is something special about you. I’m talking about your true identity. The world wants to see that.

Depression is rooted in belief

Depression is definitely an illness, a problem. But it doesn’t have to be a permanent disability that you’re stuck with.

It feels like a disability because you’ve trained yourself to think that way.

Depression doesn’t arise like cancer or diabetes. It doesn’t even arise because of events that happen in your life. It takes hold because of beliefs you hold about yourself in response to those events.

Depression is rooted in belief. In this life, what you believe about yourself comes true. The chemical imbalances of depression are merely responses to your beliefs and emotions.

That means your beliefs control your depression.

So, if you believe depression is yours permanently, it will be.

It takes work to stop depression being part of your identity. Work that is well worth it.

It’s not the trauma, it’s the belief and identity

I thought my depression started because of a big family move when I was 12. Not true. My depression took hold because I believed poor things about myself long before. Because I didn’t understand depression properly, the move became the hook for me to hang my problems on. I blamed the move, the new place, my parents, the new people, you name it. But there was no blame. I just didn’t understand the nature of the problem: my beliefs and identity.

It’s the same for you. If you’ve suffered trauma, that is not what caused your depression. Your response to it did. Your beliefs about yourself did.

Don’t make the mistake I did. Don’t let depression take over your identity.

How you feed your thinking about depression is everything

When you view depression as a temporary affliction, you can look for help, support, treatment, etc.

But be careful not to view depression as a curse that you’re stuck with. When that happens, it’s winning. You stop seeking help and treatment. You resist help and support. You withdraw. You start to think treatment won’t ever work for you. Depression becomes an excuse to hide and not do things. Then you feel guilty, which makes you do less, which makes you feel more guilty, do less, and on and on in a vicious cycle.

All because of belief.

When I was officially diagnosed with depression at age 26, I didn’t know anything about it. What I did know immediately was that I’d been suffering from it since age 12. It was very clear I’d had the same feelings and thoughts for 14 years. My doctor explained a little about depression and I started learning.

What I wasn’t taught was how to approach it. I was put on antidepressants and given kindness and a few ideas, but that was the extent of things.

I saw several doctors through the 1990s and into the 2000s. All were kind and wanted the best for me. All had temporary treatments to try, including non-pharmaceutical approaches like taking an extended vacation. But none could show me how to turn depression around. None knew that it was rooted in beliefs. What I needed was a psychologist or psychotherapist. I realized that much later.

Through my 30s and 40s, depressive episodes kept cropping up. I kept pushing people away, because I subconsciously believed I deserved trauma and was better off by myself. Depression became a regular part of my life. When it wasn’t there, I waited for it to return. My thinking was conditioned into believing: “I’ll never get rid of it. I’ll just learn to manage it.”

I gave up reading about approaches. I stopped looking for support. I took medication when I felt I needed it and otherwise waited for the next dark period. During those dark times, I withdrew from people, believing that I was doing them a favour by keeping the dreariness to myself and not spreading it around. I used depression as an excuse not to do things. I pushed people away and accepted that depression would be with me forever.

Depression had become my identity.

Since seeing a psychologist and reading more in recent years, I now know that isn’t true.

Stop looking for reminders of how bad depression is. Those reminders are what seep into your identity and convince you that you can’t overcome it.

Therefore, stay the hell away from quotes and memes online that say how much depression sucks. You know, the ones that make you say, “Yep, that’s me!” or “Exactly right!” or “Yes, that’s totally how I feel!” Depression sites and sufferers post these online a lot. They cause defeatist beliefs. They trap you into believing your identity is entwined with depression.

Don’t linger when you see these postings. Scroll past. Even if you agree with them, sharing their words or lingering over them has a negative influence. You might think you are learning to accept depression in yourself. Nope. You already know it’s there. What you’re really doing is labelling yourself and waving the white flag.

Sure, it’s good to know you’re not alone. Sure, it’s nice to know support is out there.

But identifying with the negativity of depression only feeds it. It conditions you to think that depression is a permanent part of you.

Internalizing those words enables depression to maintain its grip on you. It’s basically a pity party. (And I mean that with love, not harshness.)

Before you know it, depression becomes your identity. You identify your self with depression. It consumes your thoughts and you see it as permanent and inescapable.

There is nothing to be gained from such words. They keep you chained.

Depression took hold through negative thoughts repeated so often that you believed them.

It’s OK if you have a setback

We all have days when we just can’t do stuff because depression has us weighed down. Sometimes we can’t even get out of bed. That’s OK. No need to feel guilty.

But be very careful not to let depression become an excuse. When you do, you disconnect, you withdraw, you break engagements, and you feed negative identity beliefs.

There is so much more you can do. Believe it.

You are good and worthy. You have a purpose on this planet. Right now.

Break the cycle. Work to reveal your real identity.